A brand identity inspired by independence. 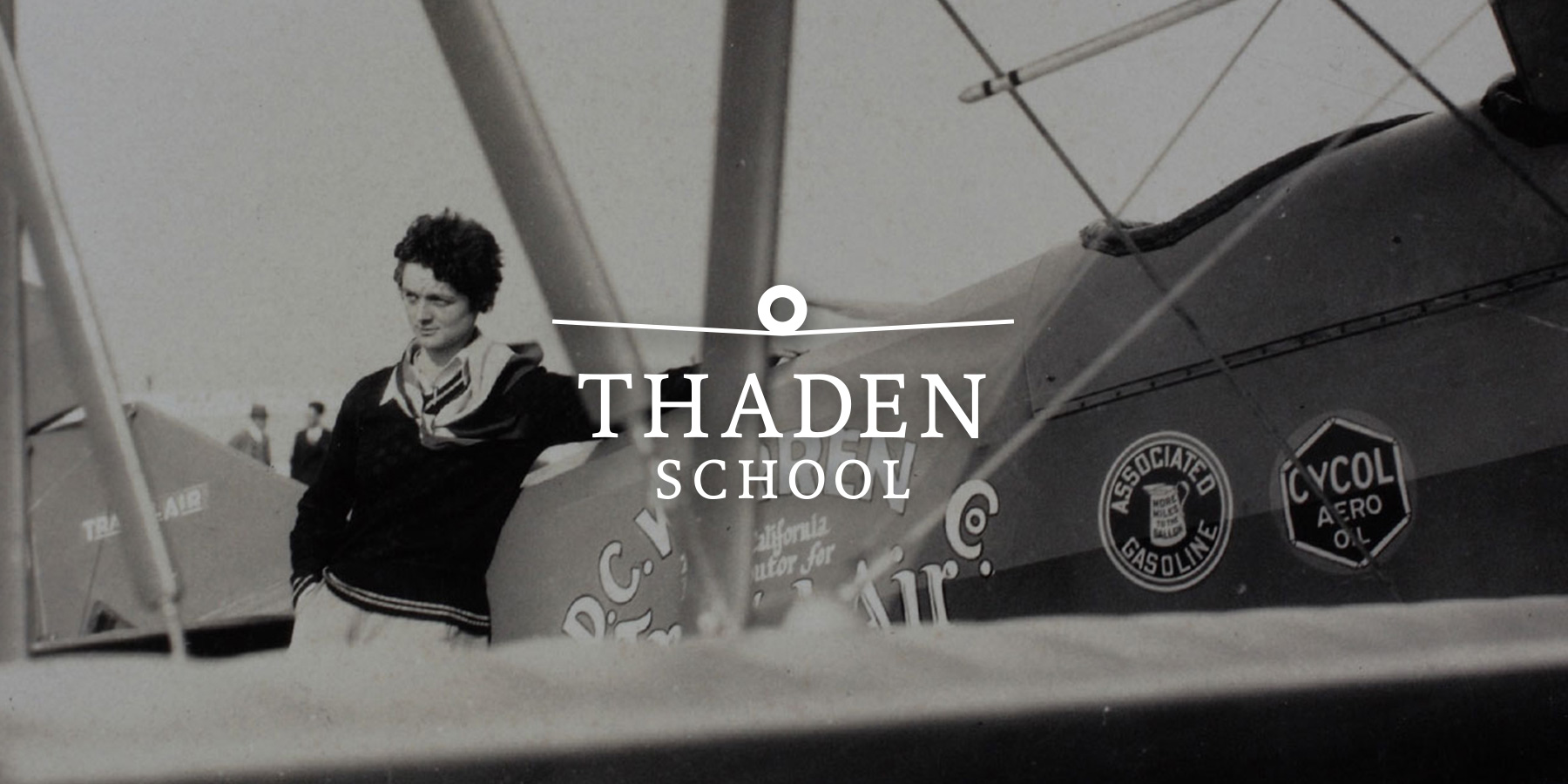 Named in honor of Iris Louise McPhetridge Thaden (1905-1979), Thaden School is a new Independent school in Northwest Arkansas. Born and raised in Bentonville, Louise Thaden was a proud Arkansan and one of the greatest aviators of her time. Her pioneering and innovative spirit – at once regional and global in its orientation – was the inspiration for the school. Guided by a strong commitment to Independence and Air-mindedness, Thaden School is giving students roots and wings, enabling them to build strong foundations and reach new heights as they pursue their dreams and make their futures. 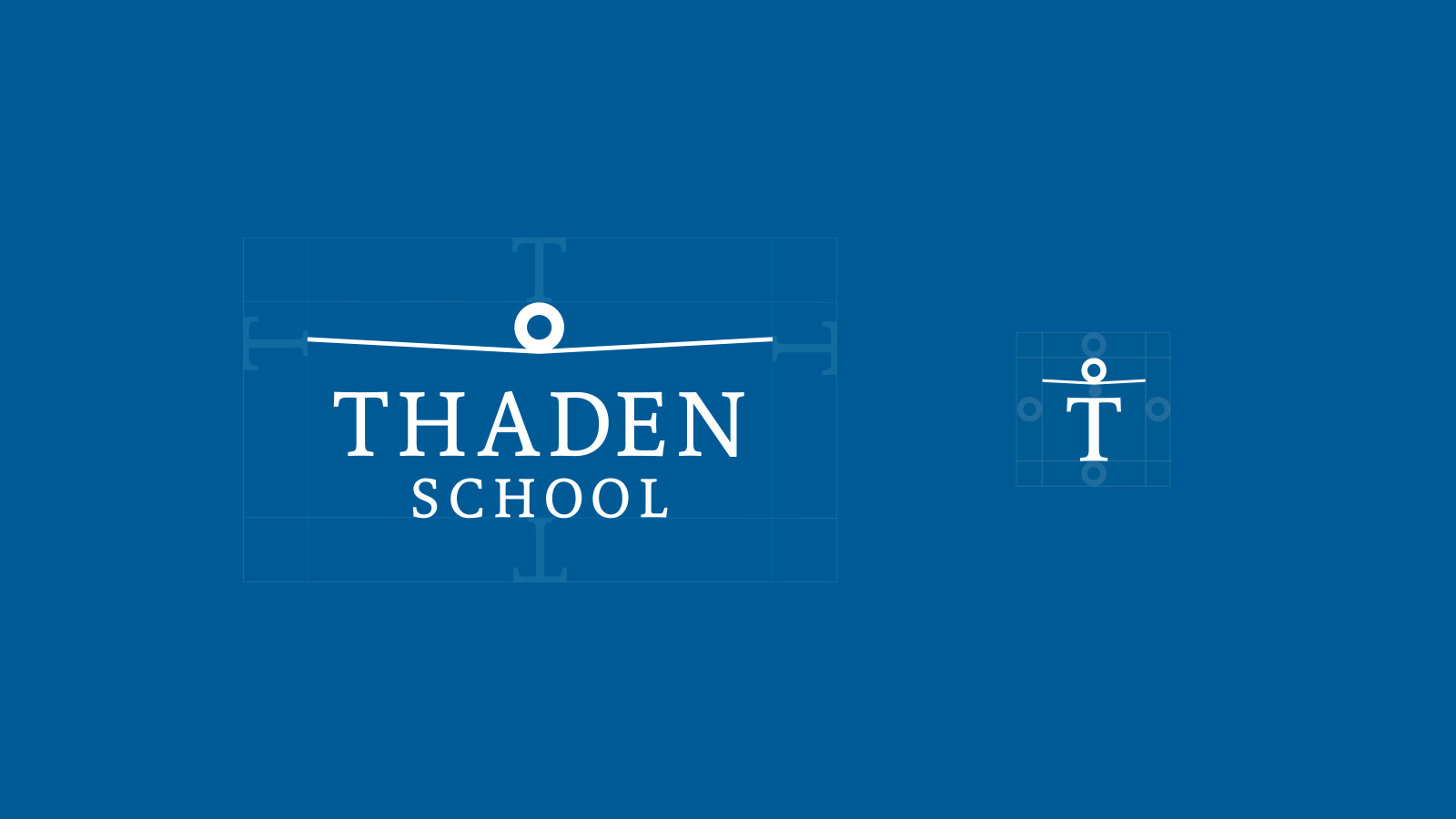 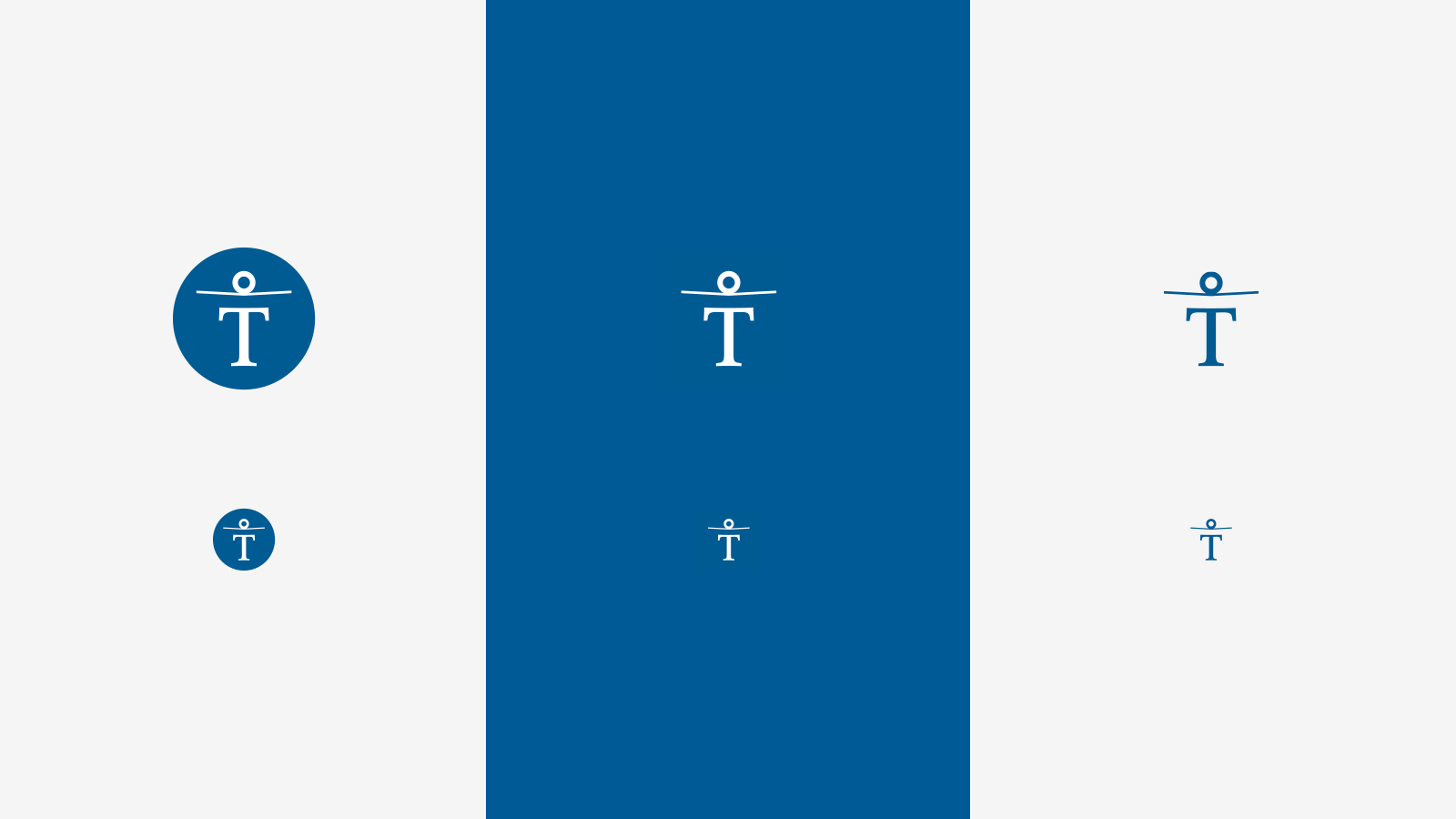 Providing a balanced and challenging education with a deep commitment to independence, a Thaden education is truly set apart.

We partnered with Thaden School to build on their existing brand identity, featuring a logo concept originally designed by Tom Zetek. We set out to create a brand identity as unique as a Thaden education, working with Thaden to craft thoughtful and structured messaging – inspired by Independence – further positioning the school as the premier Independent school in Northwest Arkansas. We optimized the original logo concept and introduced an expanded logo family to build on existing equity while creating consistency across a variety of applications. 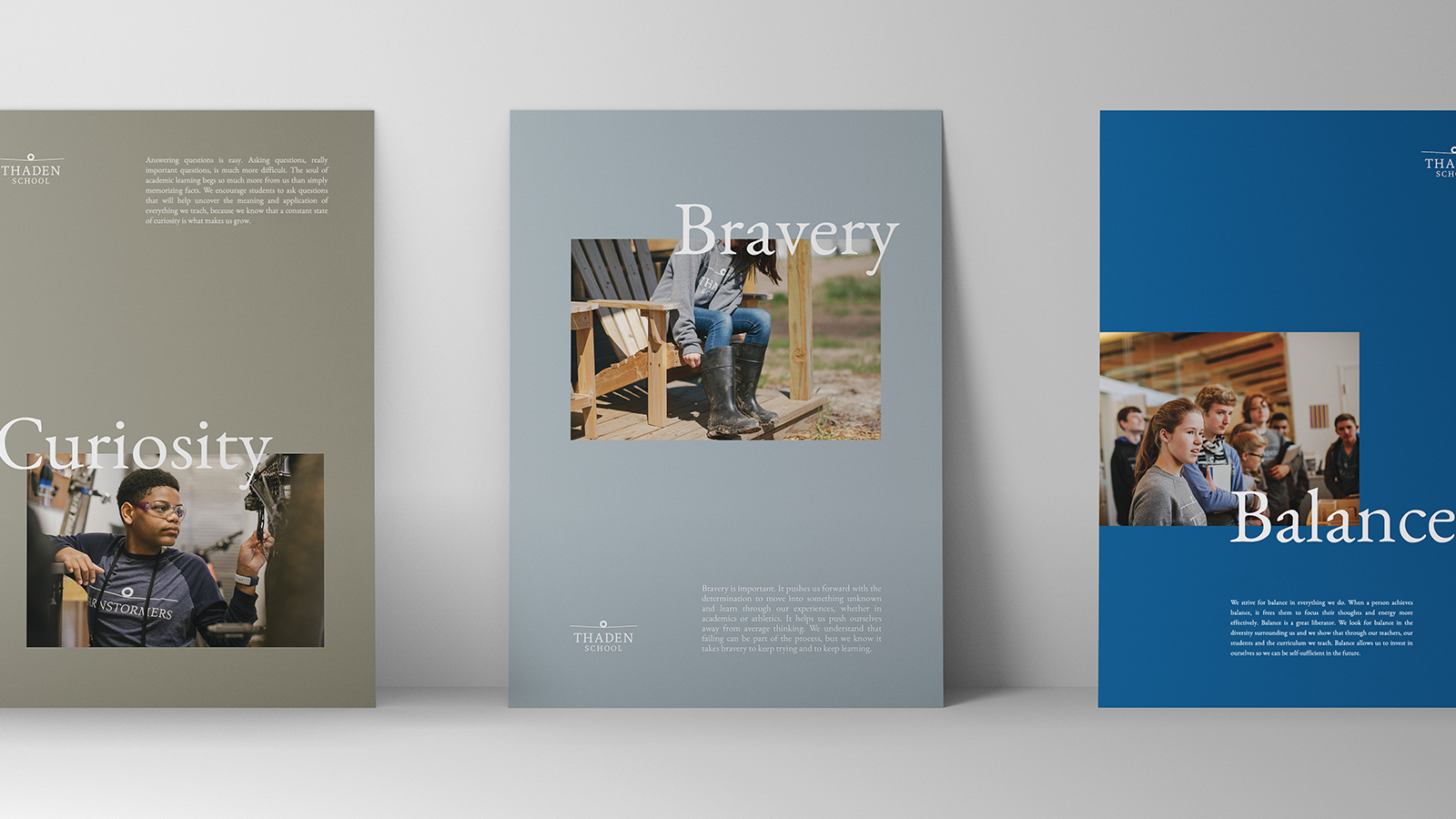 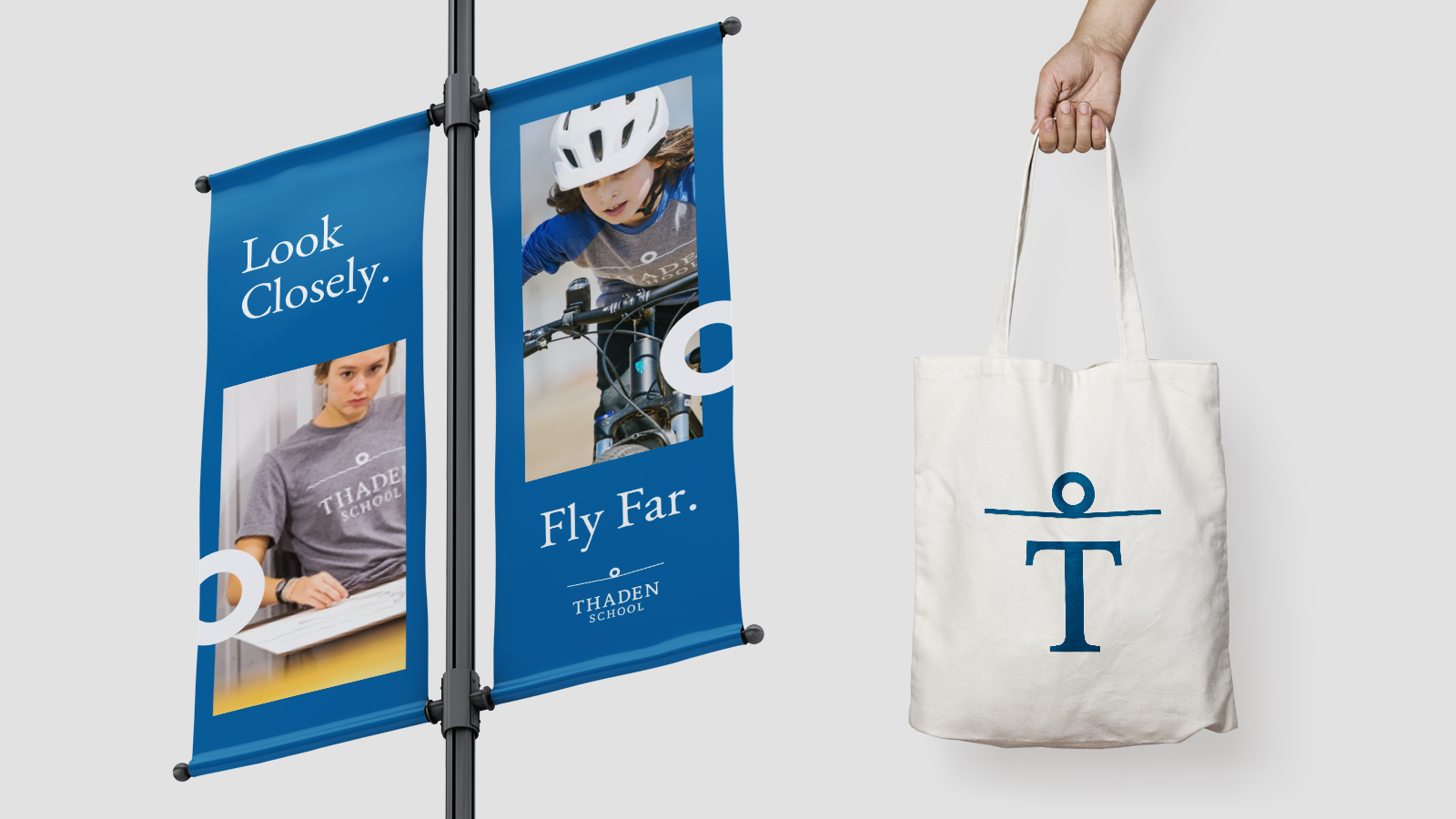 The visualization is inspired by the same spirit of independence that drives the messaging. Our guiding design principles of Air-mindedness and Exploration are at the heart of our visual identity, introducing open compositions, immersive fields of color, daring empty space, and broken layouts.

We practice curiosity by pulling apart components, tinkering with composition, and carefully studying balance. Above all, Thaden is not afraid to be independent. 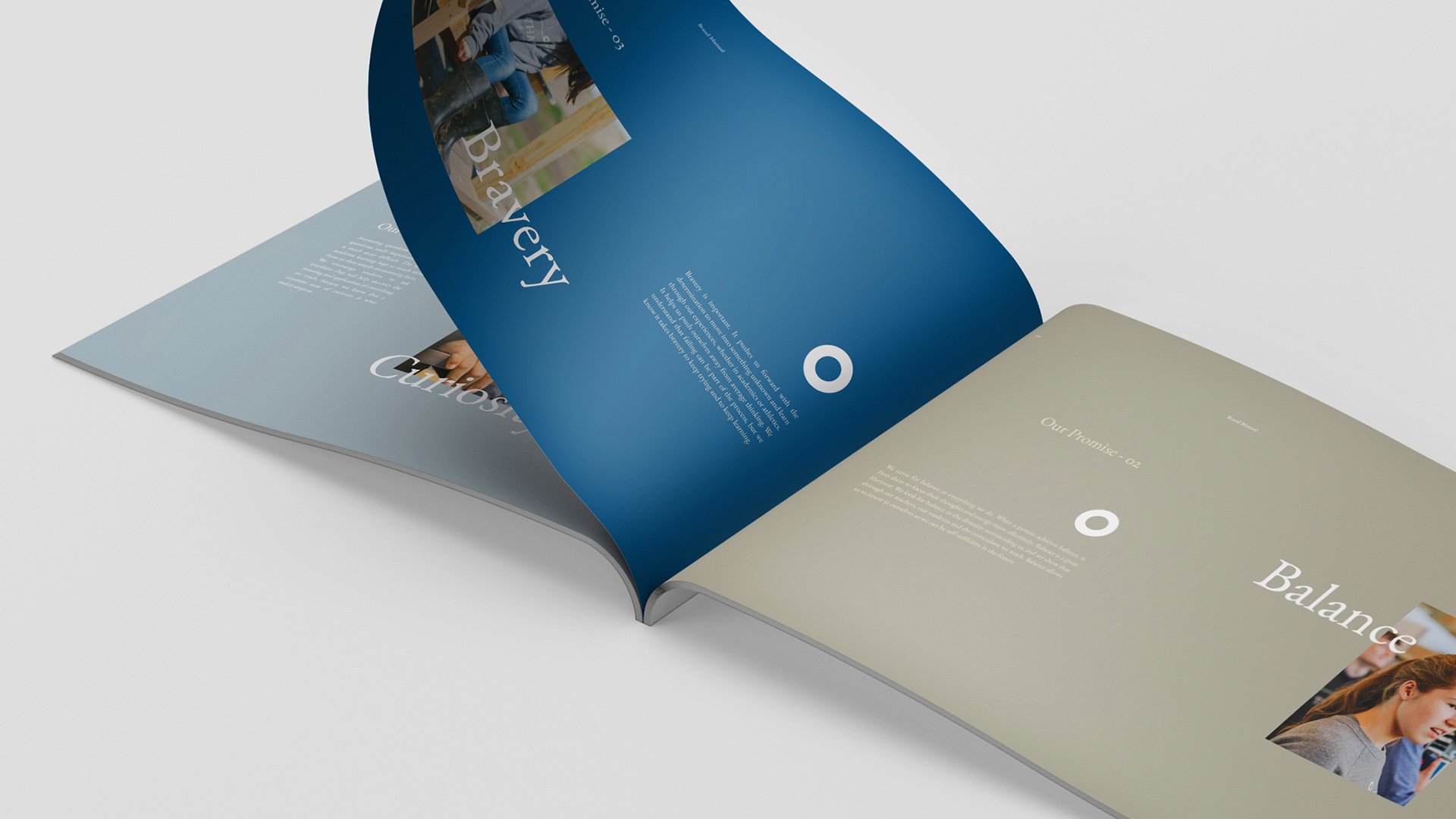 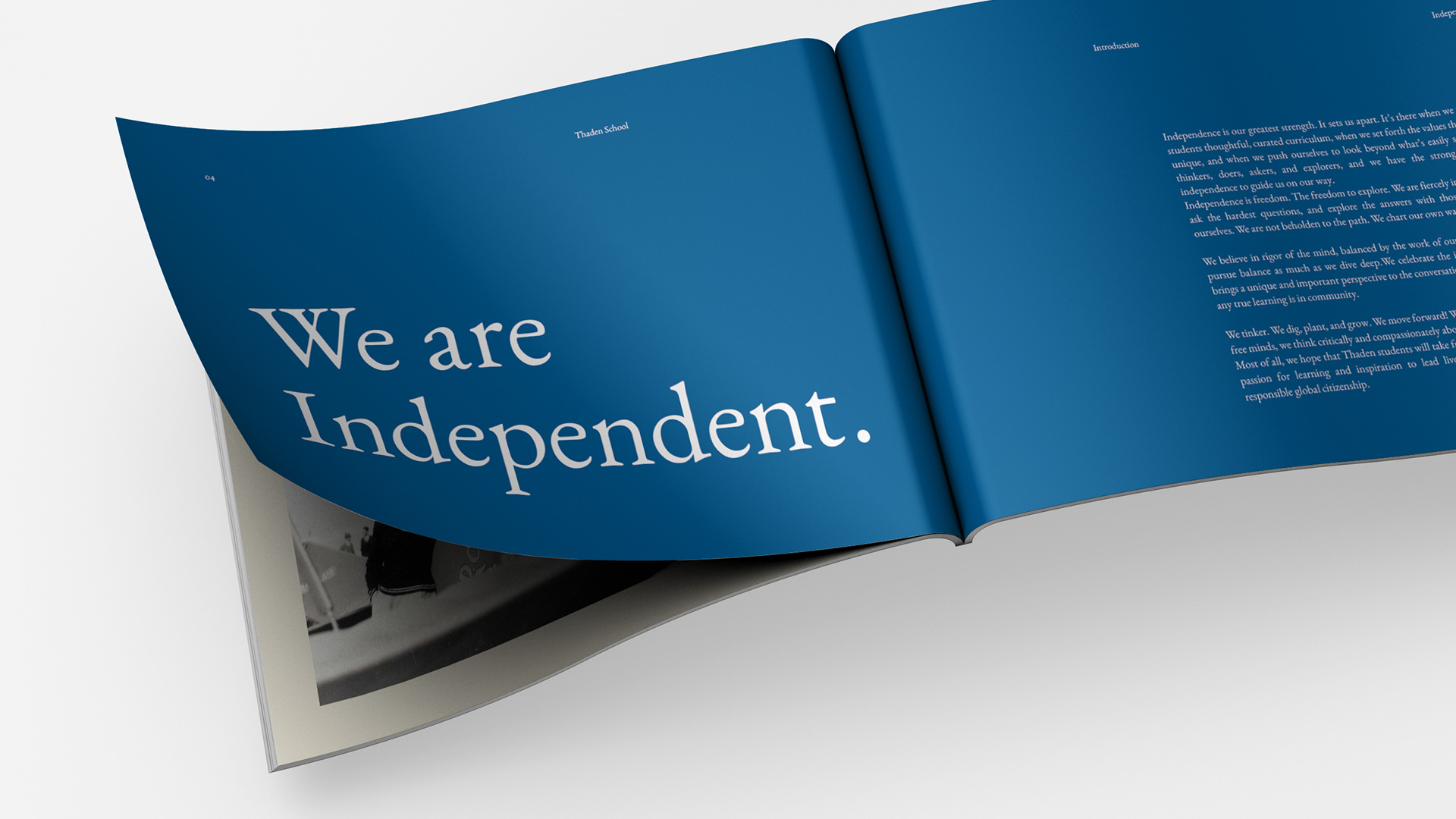 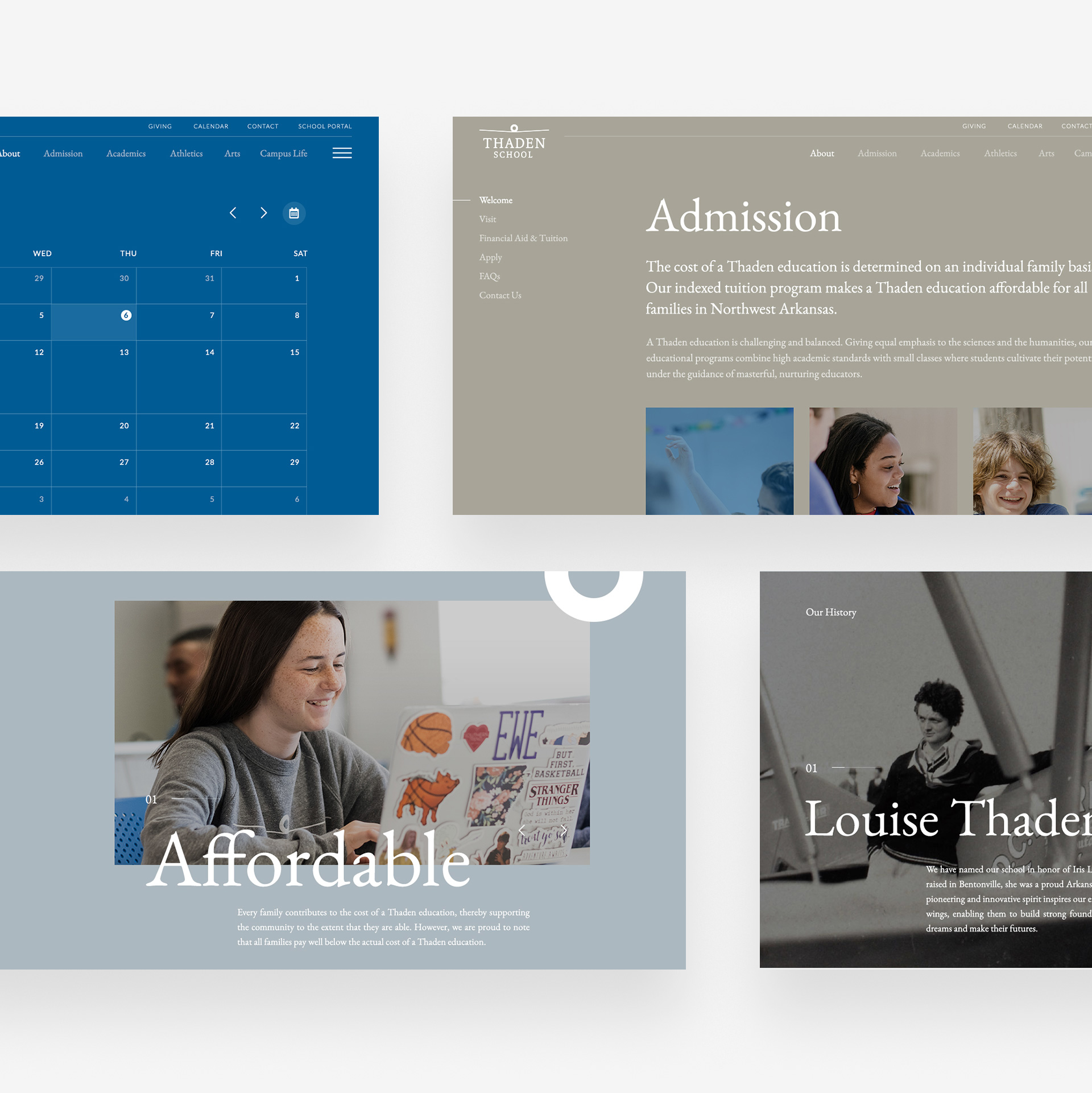 The investment arm of Tyson Foods